People on the Move: Promotions and appointments from Takeuchi, Anuvia, Winter Equipment and more 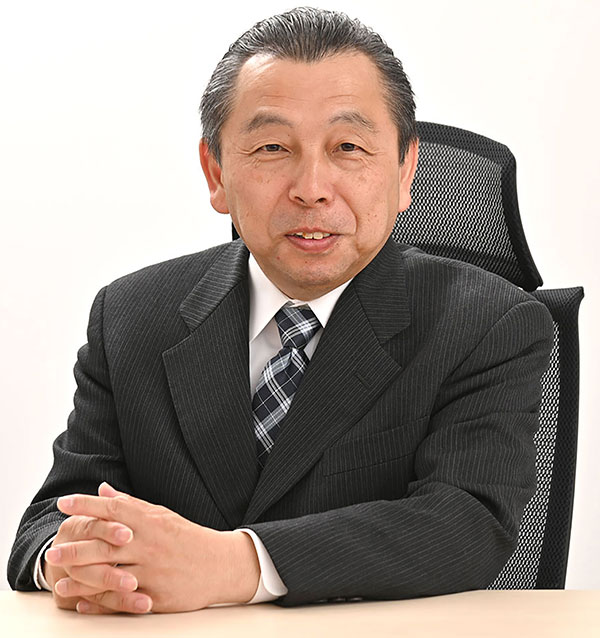 Additional appointments include Clay Eubanks, president of Takeuchi U.S. to the board of directors. Eubanks has been with Takeuchi U.S. for more than three decades and most of the company’s existence. In his early years, he held various positions within the sales group before he was promoted to manage the sales team. Eubanks was named president in 2003, and under his leadership and guidance, Takeuchi U.S. has reached new sales goals and gained market share throughout the U.S. and Canada.

“I am honored and humbled by this appointment to the board of directors. I have watched this company grow to become the company it is today,” Eubanks said. “When you have been a member of a company for as long as I have, it’s more like family. I am very proud of this company, its employees and where we are in the industry. I couldn’t ask for a better place to be.”

Eubanks’ roles now include director of global sales. He will be working closely with other subsidiaries and distributors to grow sales and expand market share.

Warren holds a bachelor’s degree in environmental science from East Carolina University and a master’s in environmental sciences and engineering from the University of North Carolina. Warren comes from a nine-year tenure at Arysta LifeScience where he worked as head of supply chain for North America, Australia and New Zealand. Prior to then, he was strategic sourcing lead. He previously held director positions at Reichhold and Ashland Chemical Co.

In the position, Liederbach is responsible for representing Winter Equipment and its brands throughout the U.S., supporting and cultivating close relationships with the current customer base, while exposing customers to a wider range of products. He will also develop a strategic sales direction for prospects in the contractor market.

Kurdmongkoltham has an M.S. in Plant Biology from Jacksonville State University and doctorate of plant medicine from the University of Florida. Arborjet plans to incorporate her skills and expertise to solidify its position as top researchers and experts in the industry.

Rutledge and Wolfe have been working in the green industry since the early 90s.

For the past 13 years, Rutledge managed operations in commercial and residential services for a leading lawn care company in the U.S. During his time there, Rutledge was responsible for overseeing the production standards of the company, holding the position of operations manager.

Wolfe has experience in general maintenance, commercial mowing, hardscapes, arboriculture and water fixtures, with a primary focus in both ornamentals and turf. He worked for Mount St. Mary’s University for 14 years, holding various leadership positions and ultimately becoming operations manager toward the end of his tenure.

The Florida Turfgrass Association honored Jack Harrell Jr. with its highest award, the Wreath of Grass, during the association’s 67th Annual Conference & Show at the Omni ChampionsGate Resort on August 13.

The coveted Wreath of Grass award pays tribute to individuals who have shown outstanding service to the Florida Turfgrass Association and to the turfgrass industry.

As CEO of Harrell’s, Jack Harrell Jr. has continually shown commitment toward the Florida Turfgrass Association and the turfgrass industry through ongoing financial support, providing continuing education to industry members and representing the entire industry on its behalf via government relations work. Through Harrell’s Core Values, Harrell’s is instrumental in building a successful company that values employees, vendors and customers alike.

Munguia brings 17 years of experience in the landscape industry to the role and is Bay Recycled Water Management-certified for the South Bay Area. He’s also bilingual in Spanish and English.

Dougherty brings more than two decades of leadership experience in managing sales teams across the U.S.

“We are excited to see Greg’s efforts to grow market share throughout the North American professional channel,” said Chip Kah, president. “In his new role, he will lead our domestic sales team while accelerating new product introductions into the market.”

Additionally, Persad has conducted a significant body of research focused on the structural and biomechanical effects of the emerald ash borer on ash trees, which led to three published papers, dozens of industry presentations and wide recognition within the arboriculture industry.

Persad also oversees the Davey Institute’s diagnostic laboratory, which provides diagnostic expertise to Davey offices for thousands of plant and soil samples annually. He is past president of the Arboricultural Research and Education Academy and chair of the Utility Arborists Association North American Research Committee. He holds multiple degrees from the University of the West Indies.

Nelson will be responsible for the overall sales leadership, support and development of Bomag’s distribution and field sales team in the Western U.S. and all of Canada.

He brings 20-plus years of capital and road construction equipment sales, distributor and sales management experience to Bomag. Most recently, he worked with Epiroc, developing and leading a sales organization focused on the product support business for dealers in the mining market segment. During his career in the construction equipment segment, Nelson was responsible for sales and dealer development, representing the Atlas Copco Road Construction product lines.

Prior to that, Matt worked in the rental equipment industry as a district manager for Wacker Corporation successfully growing sales with both independent and national rental companies.

Previous: Martela Corporation to outsource logistics operations
Next: Faux ferns, a dash of mustard and a Wicklow warehouse sale: what’s new in interiors