In the urban agglomeration of the Rhine-Ruhr area, the Corona-crisis has hit hard. With the highest number of fresh food markets and an early closure of the gastronomy sector there, the fresh food trade had been severely affected. “In the first weeks of the crisis, there was a considerable upswing in the specialist retail trade in the wake of the hamster purchases. Since March 21, sales have unfortunately fallen by a quarter, simply because everyone is then stocked up with food”, says Ali Savi -owner of AS Obst & Gemüse- who runs a wholesale business in the immediate vicinity of the Duisburg Fresh Produce Centre.

About 70 percent of the entire catering trade in the federal state of North Rhine-Westphalia has closed its doors in recent weeks. Savi: “We are still supplying a few restaurateurs who are continuing their business. Fortunately, we also serve many regional specialist retailers: We are seeing a slight increase in vegetable products in this area. Fruit, on the other hand, is traded comparatively less than normal.” 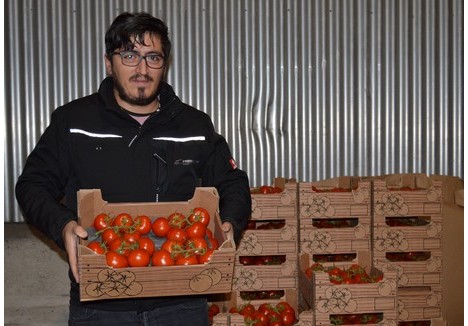 The owner’s nephew during a FreshPlaza visit in the autumn of 2017. Family business AS Obst & Gemüse was founded three years ago and serves a broadly diversified customer base. “Some of our smaller retail customers have already given up their business. Even at the nearby wholesale market, some are fighting for their livelihoods,” says Mr Savi.

Rubber gloves and disinfectants
Due to the current situation, the wholesaler is looking forward to the new month of April with humility. “I am simply at a loss. Mankind has not yet experienced what is about to happen,” he says. Specifically in the fresh produce sector, he says, one could only take a few precautions to keep business going as well as possible. Savi: “We work with rubber gloves, but disinfectants and protective masks are no longer available.” 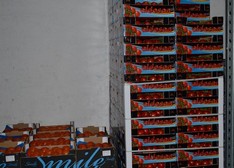 Right: Tomatoes are one of the long-runners at AS Obst & Gemüse Duisburg GmbH Instead of restaurateurs, more and more private customers are now buying from Duisburg’s specialist wholesalers.

Restriction of product selection
Apart from that, the specialist wholesaler explains that even more attention is paid to freshness than before. “We try to keep our stocks to a minimum or, as a rule, we only have a partial pallet and a reserve pallet in stock. Securing the basic assortment is currently our top priority: we have now removed sensitive fruit exotics such as avocados, air-freighted mangoes and papayas from our range for the first time because they are simply too perishable and are traded in too small quantities. All in all, our volume turnover has dropped by a third.”