From the firm’s Singapore office, Utsav Garg leads Alvarez & Marsal’s teams in its Singapore and Indonesia offices, as well as all engagements delivered by its international offices across the 12-country region.

Garg joins the consultancy from Kearney, where he held a similar role – managing partner for Southeast Asia, overseeing the firm’s four offices in the region – in Singapore, Indonesia, Malaysia and Thailand. 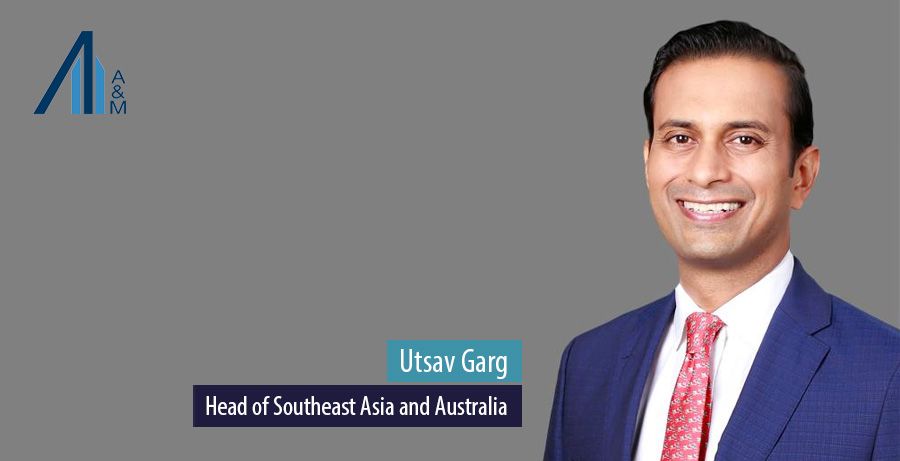 He brings over two decades of experience in management consulting and industry to the role, having served Kearney for fifteen years and Unilever for five years. Prior to leading the Southeast Asia arm, Garg led Kearney’s Strategic Transformation Practice for Asia Pacific. At FMCG giant Unilever, he worked in sales and brand leadership roles.

Among the projects on his illustrious CV are: helping a $5 billion+ Asia Pacific-headquartered ICT business with a transformation program for growth and profitability turnaround; leading an operating model and productivity transformation for a $25+ billion APAC business, and leading a working capital improvement program at a listed company in Malaysia.

In Thailand and the Philippines, Garg helped leading players in consumer-packaged goods and technology with digitalisation and process improvement programs. In Singapore he was a part of an operational excellence and strategic sourcing program for a $15+ billion agricultural commodities major.

Meanwhile, at Kearney, Garg has been succeeded by 17-year company veteran Nithin Chandra.

Founded in 1983 in the United States by the duo Tony Alvarez and Bryan Marsal, Alvarez & Marsal today has over 5,500 consultants and staff working from 60+ offices worldwide.