In the last few years, increasing pressure from NGOs, media and consumers has led to boycotts and pressure on the private sector with the aim of reducing deforestation. Soy has been high on the list of commodities associated with this issue and given its primary use as animal feed, it’s important to understand the full supply chain to identify more sustainable solutions.

At a recent meeting from our Technical Leaders Forum, we caught up with Will Schreiber, Partner at 3Keel, to discuss how to work towards a more sustainable soy supply chain.

Why focus on soy?

Along with beef (cattle pastures) and timber, soy is a main driver of deforestation in South America. Trase estimates that in 2018, the expansion of pastures for cattle grazing was responsible for 81% of deforestation in the Brazilian Amazoni . As land becomes less suitable for cattle, farmers often switch to soy farming. 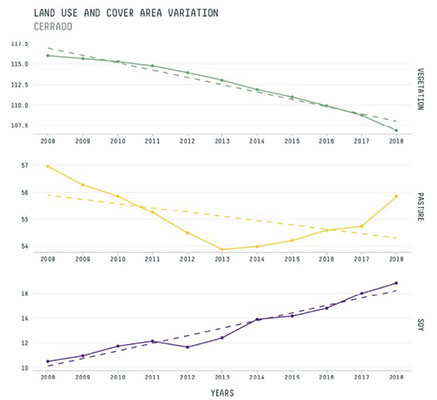 Overwhelmingly, soy is used as a component of animal feed. Around a fifth is used as oil for energy, and the rest is used in other ways, such as food or paint. 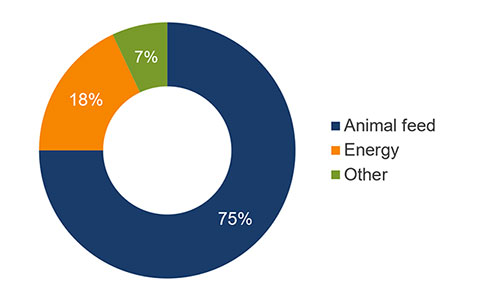 Of the soy that’s used as animal feed, the majority is used in the poultry and pork supply chains. Whilst poultry production is largely centralised with producers having their own feed mills, pork and other livestock groups often operate in highly decentralised systems where farms within a group are likely to source feed individually.

These decentralised practices are one of the reasons why traceability is difficult for retailers and their suppliers.

Why traceability is an issue

To understand why traceability is challenging, we have to look at the supply chain step by step.

Firstly, there are many soy farmers, but few soy traders. These farmers sell their crops to the traders, who combine supplies from large areas and process the plants, ready to be made into secondary products.

The traders then ship the processed soy around the world, where it’s bought by manufacturers, who process the soy further into animal feed.
This means that by the time meat or dairy producers buy the feed for their animals, it’s several degrees of separation away from the soy farmers themselves. Because of the way soy crops are combined and processed together, it’s difficult to trace animal feed back to its origin. Even if a soy farmer uses sustainable methods or their crop is deforestation free, outside of chain of custody certification systems there’s no easy way to trace this through the supply chain to the meat processer or retailer.

On the surface, it may seem as though solutions for other traceability challenges may be applicable to that of the soy supply chain. Fair trade or organic products, for example, now have certifications based on whether each component of a product meets certain standards. This is, however, more complicated for meat products. Carrefour’s blockchain solution, for example, is able to show traceability details across the entire chicken supply chain, including slaughter and processing dates and locationsiv . It would be far more complicated, however, to incorporate everything an animal consumes, including details on feed type and origin.

As with many farmed products, producers supply multiple suppliers and retailers with the same or similar products. Whilst most of these businesses have commitments around sustainability and supply chain traceability, they vary in their ambition and timelines. In order to fully transform the supply chain, businesses will need to adopt a consistent approach to soy traceability.

There are four paths emerging which food businesses need to prepare for:

Many businesses have been involved in the consultation with Defra on due diligence on forest risk commodities. This consultation is now closed and the government will introduce a new law to prevent illegal deforestation in the supply chains of UK businesses as part of the Environment Bill, which is currently going through parliament.

Engaging with major traders – such as ADM, Bunge, Cargill and LDC – through initiatives like the Soy Transparency Coalition will help promote responsible sourcing.

As with many sustainability initiatives, education is key to change. Engaging local producers through initiatives like the Cerrado Funding Coalition, which provides financial incentives to farm soy in existing agricultural land, can make a difference.

Sometimes celebrity-led, these are publicised heavily in social media and the news.