The first cases of COVID-19 among ASOS workers were confirmed by the GMB union on May 12. The GMB had been informed by its members that two workers had tested positive with the virus, but ASOS has now confirmed that nine staff have been infected.

The largest online fashion retailer in the UK has been allowed to keep its non-essential business open throughout the pandemic, including at its main warehouse and distribution centre in Barnsley, South Yorkshire where it employs around 4,000 people.

This has been approved not only by the Johnson government and the environmental agency, but also the Labour Party-run local authority and the recognised union in the workplace, Community. 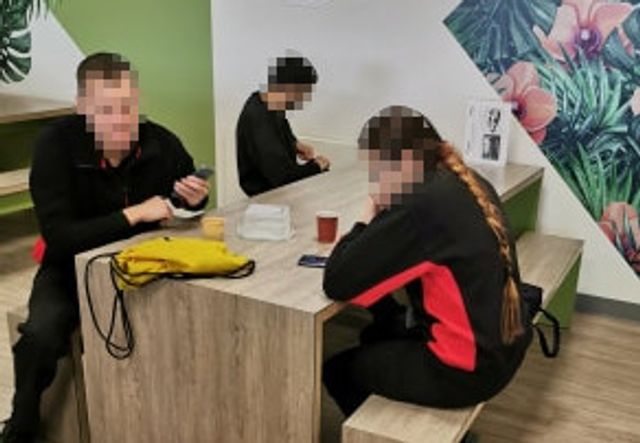 ASOS warehouse workers: Lives versus corporate profit in the UK

An open letter from the GMB to the leader of Barnsley Metropolitan Borough Council (BMBC), Sir Steve Houghton, calls on the local authority to close the warehouse and organise a deep clean. But regarding a criminal prosecution of the government, the local authority and the company, the GMB has nothing to say. Nor does it raise the demand for universal testing, contact tracing or quarantine on full pay of ASOS workers to protect them and the wider community.

The GMB concludes its letter by appealing once again for ASOS to “put people before profit.”

Community and the GMB are equally responsible for this criminal situation. Opposition to unsafe conditions led to a walkout by 500 ASOS workers on March 27. Since then, both unions have kept quiet over the flouting by ASOS of the safety protocols drawn up as a pretext for granting the company a clean bill of health and resuming operations. Moreover, the conditions inside the Barnsley warehouse are replicated throughout the country at online retailers such as Pretty Little Thing, Amazon, JD Sports and Boohoo.

The WSWS has interviewed ASOS workers and reported their comments posted on social media. We warned that Community, with around 2,000 members on-site, would not honour its promise to close the facility if the company failed to abide by the token measures agreed on social distancing. The WSWS wrote on April 24, “The Labour authority and Community have put the fox in charge of the hen house. ASOS is a company with an abysmal record on safety. In 2019, it was reported the warehouse had 148 ambulance visits over the course of three years.”

As to the record of the GMB, on May 2 the union confirmed, “The local authority has been conducting inspections of ASOS to ensure they are complying. However, we are still receiving regular complaints from members that ASOS is not and cannot fully comply with the requirements.” The union did not publish these complaints, allowing the situation in which the virus could potentially run free throughout the warehouse over the past six weeks.

All along it preached that ASOS could be pressured into “doing the right thing.” What this meant in practice was to try and convince the company that it had to work with the union in a damage limitation exercise. This was based upon curtailing and isolating ASOS workers’ opposition and appealing to the company’s self-interest.

It has not sought to unify the struggle at ASOS with other warehouses workers where the union has recognition and where opposition has taken the form of unofficial stoppages over unsafe social distancing.

GMB members at a warehouse in Swindon in the south west of England operated by major retailer M&S walked out on three separate occasions—on March 24, 26 and April 2. The union has stemmed this opposition by taking the dispute to arbitration.

The GMB’s appeal to ASOS to close the warehouse was based upon assuring the company that the government would step in to pay 80 percent of workers’ wages furloughed under the Coronavirus Job Retention Scheme (CJRS). Instead, ASOS has utilised the disruption caused to high street retailers to grab a larger market share—as has every other online retailer.

Though union bureaucrats make rhetorical references to putting “Lives before profit,” they never challenge the ruling elite’s domination of society or the drive for corporate profit now placing millions of workers at risk. This would undermine their own privileged position.

The Trades Union Congress and its affiliated unions’ sole demand during Boris Johnson’s “back-to-work” drive is for local workplace risk assessments to be carried out, with an unspecified penalty attached. Meanwhile millions are already being driven back to work in unsafe conditions.

The GMB’s website is devoted to parroting the line of the employers and the government. In the section “GMB Social Distancing for Workers in Logistics,” it reproduces government guidance from April 7 which, as workers know, is token and not mandatory. It also provides a link to the British Retail Consortium (BRC), which is working with the unions to reopen high-street retail stores and repeats the lie that the government has closed all non-essential businesses.

The GMB hailed Next as an example of responsible employers after it was forced to close its warehouses on March 26 following a public outcry. Within three weeks it restarted online sales and put a third of staff back on the job at its warehouse operations, based on proposals drawn up by the company and the USDAW union for social distancing.

In every workplace, opposition to the lack of PPE and social distancing has emerged despite the best efforts of the trade unions and independently of them. Even the most elementary measures have only been adopted following rank-and-file opposition at Royal Mail, on London buses and elsewhere.

The pandemic has cast an unsparing eye over the reality of class relations and has completely undermined the national unity rhetoric of the trade unions. As has been evidenced around the world, an unbridgeable chasm exists between the corporate and financial elite and the needs of the working class.

A rank-and-file committee must be established at ASOS which takes the struggle out of the hands of the unions and is made up of trusted workers. This should establish links with warehouse workers around the country facing similar dangers and at ASOS facilities in the US and Germany. Included in its demands should be the following:

· Immediate closure of the Barnsley warehouse and distribution centre and a deep clean of the warehouse. Ensure those involved in the clean-up are supplied with full PPE and safe working conditions.

· Universal testing of all ASOS workers and their families. Full contact tracing and quarantine of those identified as infected. All ASOS workers to be furloughed on full pay, not the miserly Statutory Sick Pay of £95 per week. The same applies to all bus workers on ASOS-related bus routes and other delivery drivers.

· A legal prosecution of ASOS, the local authority and the government for the contravention of their statutory responsibilities under health and safety law.

This is bound up with a fight to turn the retail and logistics companies into public utilities, under workers’ control. When it comes to supplying vital medical equipment to the NHS, the government and private corporations have proven completely inadequate to the task.

Featured statements on the coronavirus pandemic