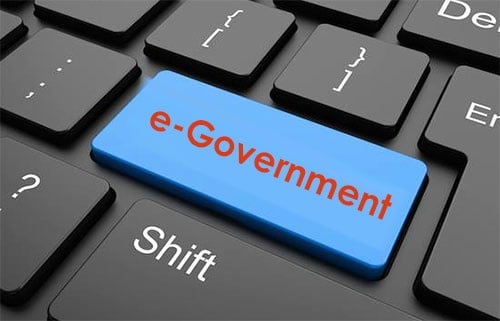 The Special Investigating Unit (SIU) has turned its sights to the failure of the State Information Technology Agency (Sita) to procure cybersecurity services for the Gauteng government, which last month saw the provincial e-Government department awarding a R30 million information technology contract within 24 hours.

The focus on Sita’s historical role forms part of the ongoing investigation by the SIU into the speedy e-Government award that drew the ire of National Treasury for apparent lack of competitive bidding.

The Sita tender already failed an audit investigation last September by Nexia SAB&T, which found that the process was riddled with irregularities, from incorrect pricing specifications to incomplete bid documents which were seemingly overlooked.

Read: SIU to look into Gauteng’s R30m express IT tender

Last month the “frustrated” e-Government department successfully pushed for the removal of Sita Gauteng head Tubatsana Monareng, raising “extremely serious concerns” with the services to the province under his watch.

Sita spokesperson Anthea Summers said the agency’s failure to secure cybersecurity services for Gauteng was “under investigation by the SIU, and therefore Sita will not be commenting on the matter until the investigation is completed”.

Summers said Sita was cooperating with the SIU. Monareng referred questions to Summers, who only said: “Sita’s restructuring is an internal process.”

A City Press investigation revealed that cybersecurity company In2IT Technologies, which came out on top when the e-Government department last month concluded the tender award within 24 hours, was among the recommended bidders in Sita’s abandoned process.

In2IT Technologies had once again went head to head with Mitigate Security Services – an apparent alter ego of GSOC Security Services, the company which had been running the services on a month-to-month contract despite the fact that the Auditor-General had in 2016 flagged the expenditure as irregular.

GSOC owner Halga Ninow-Cohen is a director of and a minority shareholder in Mitigate, according to Mitigate chief executive Eyal Tevet, who said the company “bought non-government business and skills from GSOC” early last year.

Performanta SA rounded off the top three companies in the abandoned Sita process.

The Nexia SAB&T auditors found that, given the value of the tender, a briefing session should have been held with the bidders, particularly because it was the third time that e-Government was attempting to procure the services.

Other findings included that In2IT Technologies should not have passed the mandatory technical criteria because “the electronic submission did not contain a copy of the [original software manufacturer] letter”.

“We also noted that the electronic submission by Mitigate did not have the pricing component,” said the auditors.

In terms of pricing, the auditors said the evaluation was based on 90/10 preference point system for broad-based black economic empowerment and not 80/20 as per the published terms of reference.

City Press heard from a Sita insider that the board blocked the conclusion of the tender because of perceptions that the preference point specifications were tailored to favour Mitigate and questions had been asked regarding the company’s experience.

However, Tevet said: “Mitigate received formal communication from Sita regarding any change to the preference point system.”

The auditors also said the pricing by some of the bidders was significantly different from the pricing they had provided for the same tender with e-Government which was cancelled in August 2018.

Tevet said Mitigate did not respond to the 2018 tender.

Performanta chief executive Guy Golan said the reason for the price difference was the “unreasonable reduction in scope”.

Consequently, In2IT’s price for Sita was adjusted accordingly, De Wet said, adding that “all necessary documents were provided on both occasions by In2IT Technologies”.