While overall mortgage application volume remained flat, purchase activity continued to rebound — and that should be the case through the remainder of the spring, according to the Mortgage Bankers Association.

Although total mortgage applications increased by a scant 0.3% for the period ending May 8 from the previous week, the seasonally adjusted purchase index increased 11% from one week earlier. It was the fourth consecutive week of higher purchase activity. 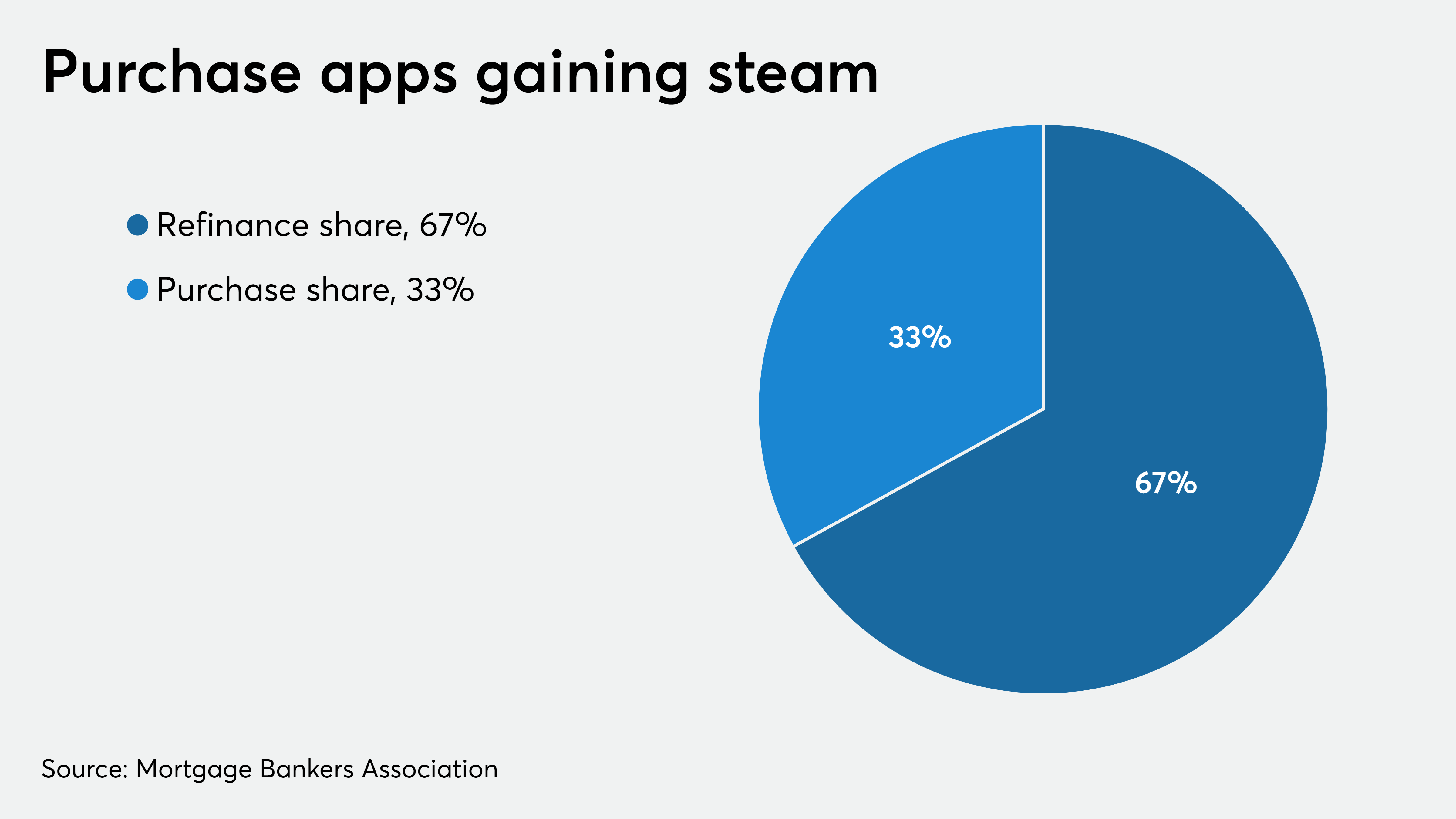 The unadjusted purchase index increased 11% compared with the previous week and was 10% lower than the same week one year ago.

“There continues to be a stark recovery in purchase applications, as most large states saw increases in activity last week. In the 10 largest states in the MBA’s survey, New York — after a 9% gain two weeks ago — led the increases with a 14% jump. Illinois, Florida, Georgia, California and North Carolina also had double-digit increases last week,” Joel Kan, the MBA’s associate vice president of economic and industry forecasting, said in a press release. “We expect this positive purchase trend to continue — at varying rates across the country — as states gradually loosen social distancing measures, and some of the pent-up demand for housing returns in what is typically the final weeks of the spring home buying season.”

“Mortgage rates stayed close to record-lows, but refinance applications decreased for the fourth consecutive week, driven by a 5% drop in conventional refinances,” Kan said. “Despite the downward trend over the last month, mortgage lenders remain busy. Refinance activity was up 200% from a year ago.”

Adjustable-rate mortgage activity decreased to 2.9% from 3% of total applications, while the share of Federal Housing Administration-insured loan applications increased to 11.5% from 11.1% the week prior.

The share of applications for Veterans Affairs-guaranteed loans increased to 13.7% from 13.3% and the U.S. Department of Agriculture/Rural Development share increased to 0.6% from 0.5% the week prior.