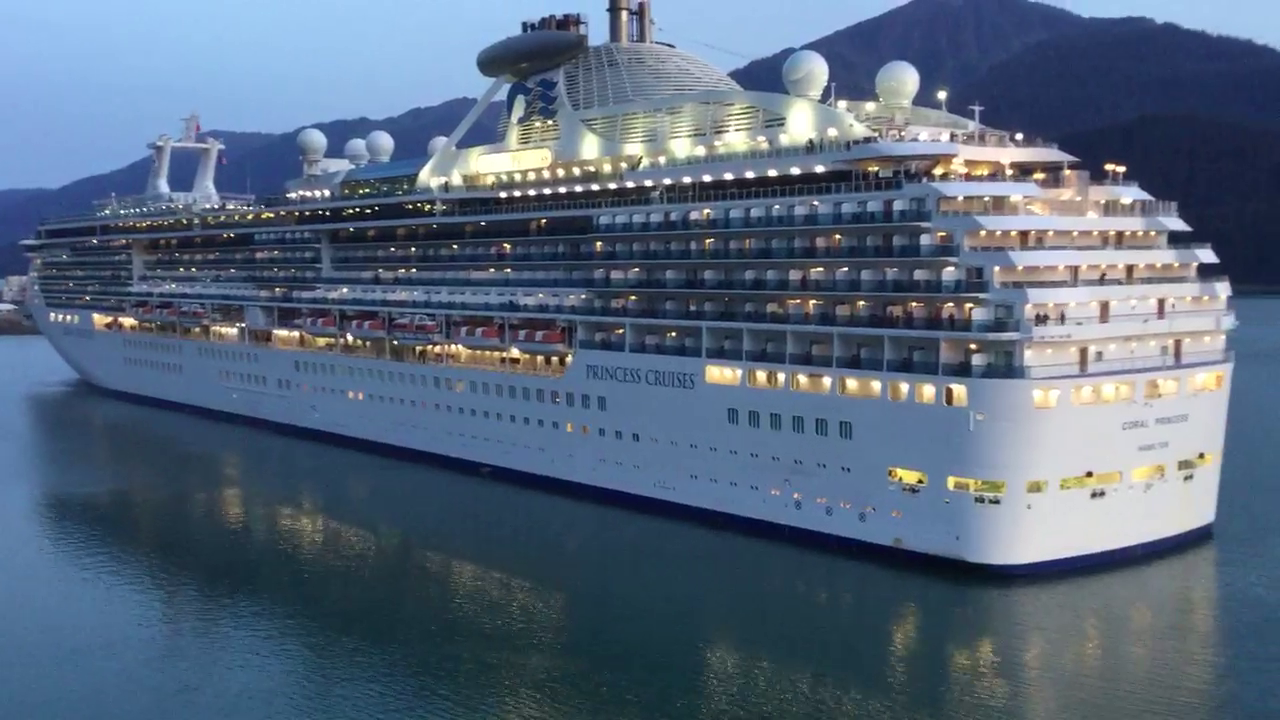 This still from a video shot by an Ocean Ranger shows the Coral Princess adrift after it lost power on the evening of August 10, 2019. (Photo by Mark Farley/Ocean Ranger)

A Princess Cruise Lines ship lost all power to its engines as it was maneuvering away from Juneau’s docks last summer. The Coast Guard fined the cruise line for not immediately reporting the close call, and the agency recently discussed the case for the first time.

A state cruise ship monitor shot a series of short videos from the deck of a nearby cruise ship. The Ocean Ranger’s video and subsequent written report offer details on how the 19,600-ton Coral Princess drifted without power in Juneau’s Gastineau Channel.

The Coast Guard’s investigation found contaminated lube oil in one of the ship’s diesel generators caused it to break down as the Coral Princess was getting underway.

Coast Guard Lt. Nicholas Capuzzi was the lead investigator for the August 10, 2019 incident. He says when a generator fails, the ship’s power management system is supposed to keep the remaining generators from being overtaxed.

“One of the watch officers had neglected to properly configure the generator ahead of time,” Capuzzi told CoastAlaska on Monday.

That meant the surge in demand knocked out the ship’s second diesel generator as well.

“So both generators were offline and as an electric propulsion-driven vessel there was no longer any power to the propulsion motors,” he explained. 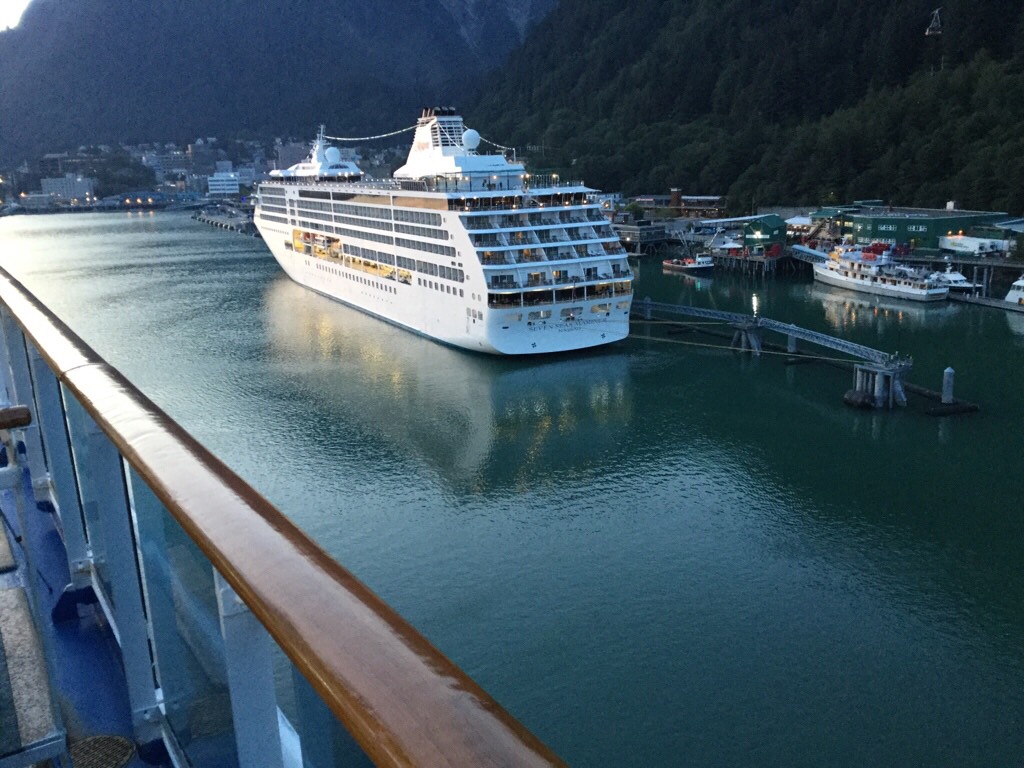 It was about a quarter to nine — an hour before high tide — with light winds and calm seas. Even so, without propulsion, the Coral Princess began drifting toward a smaller cruise ship, the Seven Seas Mariner, moored to an adjacent dock.

As the crew prepared to drop emergency anchor, Capuzzi says a gas-turbine generator was brought online nearly 10 minutes after the blackout took out the engines.

“And that provided enough power for them to regain propulsion,” he said. “And then they eventually brought the non damaged generator back online as well.”

The ship’s crew was required to tell the Coast Guard about the failure immediately. But that didn’t happen until 10 p.m. — more than an hour after the 8:47 p.m. blackout. By then, the ship had already departed for Skagway.

Capuzzi says the delay in reporting the mishap was a violation of regulations. Princess Cruise Lines — a subsidiary of Carnival Corporation — paid a $5,000 fine on February 14.

CoastAlaska first inquired about the incident last October. And followed up with a Freedom of Information Act request in January. But it was only this month that the federal agency agreed to speak about the findings of its investigation which it completed in January.

The records request remains unfilled by the agency’s Washington D.C. headquarters, without explanation.

Previous: Transportation in the Time of a Pandemic
Next: Kӧrber Named A Leader In Gartner 2020 Magic Quadrant For Warehouse Management Systems